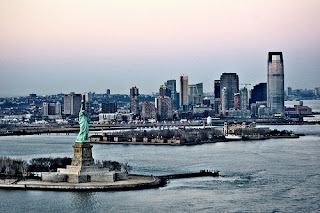 America's ''most edible'' state, with a food culture "more rich, diverse and passionate'' than even New York and California?

Saveur magazine is devoting this entire month to singing the culinary praises of the Garden State, "the unsung hero state of American eating.''


N.J.'s best Italian restaurant: LIVE winner reveal
"This isn't a matter of paying overdue appreciation to an underdog; it's recognition that, by so many measures of what makes a place's food enlightening and profound and just plain delicious, New Jersey is simply the most logical champion of good eating,'' Max Falkowitz says in the intro to the ongoing series.

That's nice, although they couldn't find someone from Jersey to write the lead piece? Max's a self-described "ice cream whisperer'' and "tea-addictive'' native New Yorker.

The latter is not to be confused with Hot Dog Heaven, the ultimate guide to the state's hot dogs, a special issue I did for Inside Jersey magazine back in 2014.

"Ask anyone about their hometown food and you'll eventually get them going,'' Falkowitz says of the Saveur series.  "But in Jersey, well, maybe there's something in the water, but Jersey folks take local food pride to scary levels.''

Good to see national media finally realizing New Jersey is a special food destination. We've been saying it for years.

Visit : http://www.nj.com/entertainment/index.ssf/2016/04/new_jersey_named_most_edible_state.html
Posted by Ronnie Mast at 4:36 AM No comments: